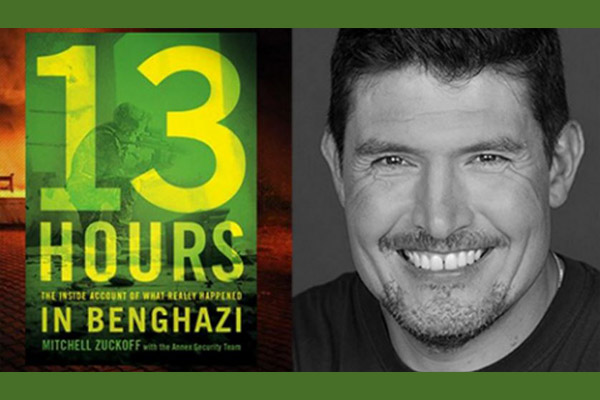 SURRENDER IS NOT A RANGER WORD. 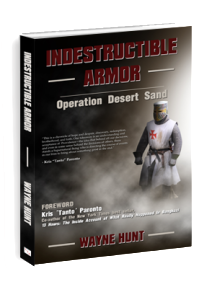 What you, the reader, can expect to take away from this book is an understanding and an acceptance of Providence—the idea that behind all our decisions, and even in some sense behind the decisions of others, there stands a God who is lovingly directing the course of events in our lives to bring about something good in the end.

One of the greatest lessons that Indestructible Armor promotes is that anyone can receive God’s answer to their prayers for direction and purpose, even the lowest of the low and the baddest of the bad.  You need only ask!  Proverbs 3:5-6 (NIV) says: “5 Trust in the Lord with all your heart and lean not on your own understanding; 6 in all your ways submit to him, and he will make your paths straight.”

As a former Army Ranger, I have a very a special place in my heart for the Ranger Creed, particularly the fifth stanza, which begins, “Energetically will I meet the enemies of my country.  I shall defeat them on the field of battle for I am better trained and will fight with all my might.”

Click to read the complete Forward, by Kris Paronto. 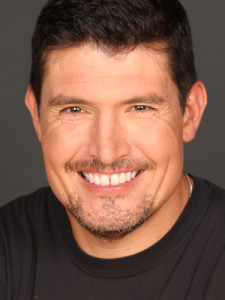 Kris Paronto – “Tanto” as he is affectionately known in security contracting circles – is a former Army Ranger from 2nd Battalion 75th Ranger Regiment and private security contractor who has deployed throughout South America, Central America, the Middle East and North Africa. He also worked with the US Government’s Global Response Staff conducting low profile security in high threat environments throughout the world.

Mr. Paronto was part the CIA annex security team that responded to the terrorist attack on the US Special Mission in Benghazi, Libya, September 11th, 2012, helping to save over 20 lives while fighting off terrorists from the CIA Annex for over 13 hours. Mr. Paronto’s story is told in the book “13 Hours” written by Mitchell Zuckoff and his five surviving annex security team members.

Mr. Paronto was born in Alamosa, Colorado and obtained his Associate Degree from Dixie College (now Dixie State University) in St. George, Utah, Bachelor’s Degree from Mesa State College in Grand Junction, Colorado and Masters Degree from The University of Nebraska at Omaha. He served 4 years in the US Army and an additional 4 years in the US Army National Guard reaching the rank of Sergeant then becoming a commissioned officer in 2003. He started contracting for Blackwater Security Consulting in 2003 and continued to deploy on various security contracts, to include the Global Response Staff until 2013.

Mr. Paronto has been involved in security operations in hostile environments for over 10 years. His team’s involvement with the September 11th, 2012 attack on the US special mission in Benghazi, Libya was paramount in the saving of US lives and assets. He is a proven leader, teammate and friend to those who have deployed with him, and a devout father to three children.

First-hand Details of the Attack on Benghazi

The harrowing, true account from the brave men on the ground who fought back during the Battle of Benghazi.13 HOURS presents, for the first time ever, the true account of the events of September 11, 2012, when terrorists attacked the US State Department Special Mission Compound and a nearby CIA station called the Annex in Benghazi, Libya. A team of six American security operators fought to repel the attackers and protect the Americans stationed there. Those men went beyond the call of duty, performing extraordinary acts of courage and heroism, to avert tragedy on a much larger scale. This is their personal account, never before told, of what happened during the thirteen hours of that now-infamous attack.

13 HOURS sets the record straight on what happened during a night that has been shrouded in mystery and controversy. Written by New York Times bestselling author Mitchell Zuckoff, this riveting book takes readers into the action-packed story of heroes who laid their lives on the line for one another, for their countrymen, and for their country.

13 HOURS is a stunning, eye-opening, and intense book…but most importantly, it is the truth. The story of what happened to these men…and what they accomplished…is unforgettable.