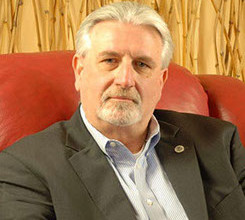 In late 2005, as owner of Source Group International, a Florida investigative and security services firm, Mr. Hunt contracted with Blackwater USA on the Federal Emergency Management Agency’s Katrina Relief Program. In his capacity as acting deputy project manager, he was assigned to the Tactical Operations Center as the liaison between Blackwater and the Contracting Officer Representative.

Previously, Blackwater had retained Mr. Hunt as an Administrative and Logistics Security Specialist on the Department of State, Diplomatic Security Service “High Threat Protection Iraq Mission.” He served on protective service details in Al Hillah and Mosul, as well as acting project manager at Blackwater’s “Team House” in Baghdad.  Prior to this, he served as a Security Coordinator and Operations Manager in Afghanistan as a contractor on the U.S. Agency for International Development “Rehabilitation of Economic Facilities and Services (REFS) Program.”

As a Training Manager for the newly Transportation Security Administration’s Baggage Screener Training Program established shortly after the events of 9/11, Mr. Hunt oversaw more than 1,300 assessors and 29,000 screeners working on explosive and trace detection systems nationwide. Wayne worked alongside and studied under Rafi Ron, a retired supervisory agent with Israel’s infamous Mossad, and former Director of Security at Ben Gurion Airport in Tel Aviv.  He is an expert on providing aviation security, specifically passenger profiling.

Before entering government contracting, Mr. Hunt had a distinguished career in municipal and county law enforcement in New England that included patrol, investigative, undercover and intelligence assignments, and culminated in his appointment as Chief of Police in a small Vermont community.  He was active in the Vermont Police Association, the Vermont Chief’s Association, and the Vermont Criminal Justice Training Council where he served for several years as a certified instructor of criminal law at the Vermont Police Academy.

Subsequently, Wayne co-founded and became President of New England Investigative Services, Inc. (NEIS), a private investigation and security firm in New England.  At NEIS, he worked extensively with the tourism industry and business communities to provide employment screening and background investigation services as well as security solutions. His work also involved executive and celebrity protection, including a 6-month contract with the WWF-NY, a 50,000 square foot World Wrestling Federation (now WWE) attraction in Times Square as Director of Security.

Wayne now lives in California and is the proud father of daughter Kelsey who resides in New England. He is currently on medical leave from KeyPoint Government Solutions of Loveland, CO where he is employed as national security background investigator for the U.S. Office of Personnel Management’s Federal Investigative Services Division.

“Mr. Hunt’s experiences in the combat zone and his strong Faith in God while working along side some great men and women was a captivating read.”
Elizabeth
Bennett
“This book tells the story of one’s man’s life experiences. As he reflects on many life-changing events, he shares his insights on how God is at work in his life. Well done, Mr. Hunt!”
Vivian
Fransen
“ This is a chronicle of hope and despair, discovery, redemption, brotherhood and faith. ” 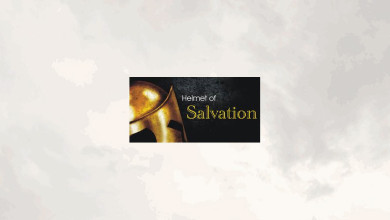