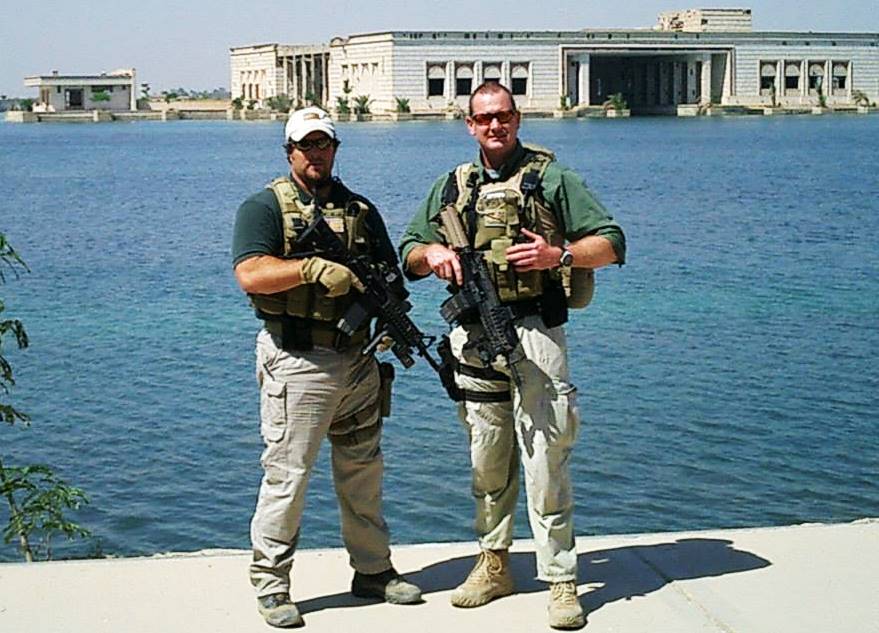 In connection with the release of Indestructible Armor: Operation Desert Sand in August 2015 I have created a daily memorial posting to honor the souls lost while working as PMCs on OEF, OIF and WPPS. We honor these American patriots and their allied brothers and treasure their memories. Their commitment, valor, and individual sacrifices will be forever remembered and never forgotten.

14 APRIL 2005  One Aussie died unexpectedly at his home in Kapunda, South Australia, Australia. 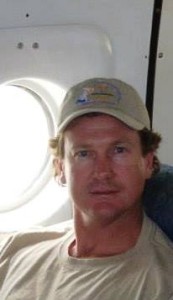 Friday, November 26, 2004 – “While this site is the first place to call bullshit when it sees it, it also will be the first to praise a good brother. This little page is a no-shit tribute to a good friend and teammate Peter ‘Dingo’ Goodfellow. Dingo was an extremely motivated, intelligent, and locked-on, operator. He was extremely dedicated to being organized and squared away in every aspect of the dangerous missions overseas. When I was team leader in Hillah, Dingo was an irreplaceable member of the team, an outstanding second in command, and just a good dude to have around. Fearless, intelligent, and would always be there to back his brothers up. There was no question that he had the respect and admiration of every member of that team and after speaking with other people this was no exception. Dingo was highly committed and always vigilant in maintaining the safety of the team and the safe completion of the mission. I will miss him as will all that worked with him.

“The unfortunate truth is that Dingo committed suicide early in the month of April. I do not have all the facts, but what I have heard is that he was in great pain over some misfortune that happened to his fiancé. I believe they found out that she was diagnosed with terminal cancer. This blow coupled with Dingo’s recent return from Iraq with some degree of Post-Traumatic Stress Disorder led him to snuff out his own life. I wish he would have called me, called someone. What a waste of a good dude.

“I once asked him how he got the name ‘Dingo’ because it had nothing to do with his real name. He said that being the only Aussie working with ‘yanks’ he just kinda walked right into it. The last time I saw Dingo was in Baghdad. He was still working on the Hillah job and brought some weapons and other stuff up to Baghdad that I had left behind when I moved to my new job. I don’t know how many men I have known that have died, but one thing that always kinda bothers me is thinking about all those last conversations. My last conversation with Dingo was insignificant, more hugs and funny gossip than anything else. We traded lessons learned and stories of close calls we’d each had. Nothing more than a casual reunion of two buddies in a shit-hole. I wish he were still alive. I wish I had more to offer than just the near disgrace of his face being publicized on this fucking website. My regards go out to his family and friends.” ~ Posted by MEATGRINDER

February 06, 2015 – “Peter is my 1st cousin 1x removed. He returned home after his stint as a contractor. He wanted to re-join the SA Police. To this end he contacted senior officers but was told he was not acceptable after serving as a private contractor in Iraq. I know in conversations I have had with police officers that senior police tend to have the attitude that somehow serving as a contractor somehow changes them to some one without the correct attitude to policing.

“I had met him a couple of times at Glenelg Golf Club when he was on leave. In any case this seemed to have distressed him so much that he chose to take his own life. His funeral was held in Kapunda and was attended by a very large number of serving police officers of all ranks and many from the STAR Force group. All police I have spoken to have expressed high praise for Peter as a serving officer. I contacted his mother to see if she had any obituary notes but she does not have any. She is surprised she kept nothing but suggested something was printed about Peter and his role in local papers but because of security there was very little detail especially about other individuals.” ~ Michael Jelly

“We are a culture and a church set adrift! The importance of having a point of referencExcerpt from Indestructible Armor: Operation Desert Sande for your life is immeasurable. Scripture can be and should be your life’s point of reference! In the second half of his letter to the Ephesian churches (and to our church as well), the Apostle Paul encouraged the believers to holy conduct because of the life-transforming power of the Gospel.

“He reminded them that they are all privileged and should live accordingly. They should abstain from the pagan lifestyle not because they have to but because they understand the futility of life apart from Christ. In this final section of Paul’s letter, he explains the reason for the urgency of his correspondence is that Christ-exalting-lives do not just happen and opposition to such living is certain.

“Paul acknowledged the existence of evil and he reminded his readers that they had, and continue to have, an enemy who hates them and desperately wants them to fail. This final challenge was meant to inspire and motivate the church to action—the doctrinal instruction is over—now let’s go and live it! What became clear to me throughout Paul’s teaching, however, was that this battle cannot be won without help.

“For me, that help had to come from Jesus and I knew then that the weapons we fight with are not the weapons of the world. Have you ever found yourself denying that you are weak? The older I get, the more I realize how weak I really am. One of the most common statements made by new, or as I like to say ‘baby’ believers, is ‘I can handle it.’ Why not try putting your weak life into God’s strong hands? You may just find that He will hold you upright even through the valley of the shadow of death!” ~ Wayne E. Hunt