In anticipation of my book being released later this month I would like to begin a daily memorial posting to honor the souls lost while working as PMCs on OEF, OIF and WPPS.

We honor these American patriots and their allied brothers and treasure their memories. Their commitment, valor, and individual sacrifices will be forever remembered and never forgotten.

“In January 2005 I arrived in Baghdad at a time when the United States Department of Defense had initiated Operation Iraqi Freedom II (OIF 2), basically America’s mission to stabilize the nation after the damage inflicted by the initial ground war. Just nine months prior, while I was deployed as a security coordinator on a rebuilding project in Afghanistan sponsored by USAID, Blackwater suffered its first loss of personnel in Fallujah. In March 2004, the company brokered a deal with Kuwaiti firm Regency Hotel & Hospital Company and became the security provider for ESS Support Services Worldwide, a subcontractor to Halliburton’s subsidiary Kellogg, Brown & Root. Just days later, Blackwater agreed on a new pact with Regency and became a direct subcontractor to it, effectively giving the company control over the contract’s security procedures.”

“Erik Prince wrote in his book Civilian Warriors, ‘On March 30, 2004, the four men of Blackwater Team November 1 arrived at the Army’s Camp Taji, located a dozen miles north of Baghdad. The men—forty-eight-year-old Wes Batalona, thirty-two-year-old Jerry Zovko, and thirty-eight-year-old Mike Teague, all former Army Rangers, as well as thirty-eight-year-old former Navy SEAL Scott Helvenston—had been on a mission transporting an ESS employee north from the capital [to Fallujah]. They delivered the principal without an issue. There, however, the plan changed: with Blackwater’s team now at Camp Taji, ESS management called our site manager in Baghdad, Tom Powell, and requested that November 1 make an additional run. They all knew Fallujah was nasty and prior to the official contract start date with ESS, November 1 didn’t have the heavy-duty squad automatic weapons that were still in route from Regency. Batalona determined that even without the fully armored vehicles and standard manpower the team could accomplish the task’.”

“The eventual result of this decision would rock the Blackwater community, not with fear but with a tremendous sense of loss and an outpouring of what I saw firsthand as American patriotism and would later recognize as Christian spirit. In his book, Mr. Prince detailed the horrific events that ultimately resulted in the death of all four men: ‘The entire assault was over in seconds. Four men had been betrayed and ambushed; had there been six in the vehicles that morning, the other two surely would have died as well.’ The burned and mutilated bodies of two of the men were hung by insurgents in some sick sign of effigy on a green trestle bridge that traversed the Euphrates River. In less than one week, the Pentagon launched Operation Vigilant Resolve in Fallujah and despite killing more than 700 insurgents, the U.S. Marines were ordered to stop their advance and pull out of the city of Fallujah just five days later.”

“In November 2004, American troops launched Operation Phantom Fury in Fallujah, later determined to be one of the nastiest and most blood-spattered battles of the entire Iraq War. One week later, on November 14, 2004, Marines from the 3rd Battalion, 5th Marine Regiment regained control of the city and reopened that trestle bridge where the Blackwater men had been crucified. Before leaving the city, the Marines left behind a handwritten message scrawled on the bridge that read, ‘This is for the Americans of Blackwater that were murdered here in 2004. Semper Fidelis 3/5.’ The message also included a crude but emotional post-script unfit for printing here.”

“Something I can print is this: sand can sometimes blind us, and for any person of faith attempting to navigate these coarse grains and rough edges of difficult times, there is no substitute for a firm focus on God and a powerful resolve to stay the course, no matter the odds.” ~ Wayne E. Hunt 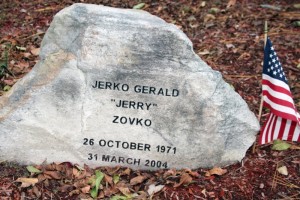 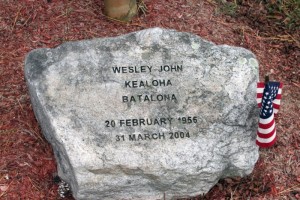 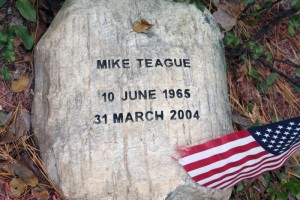