These Blackwater contractors were ambushed in a well-coordinated attack as they headed to the Baghdad International Airport. The convoy was traveling about 90 mph to avoid roadside bombs when another group of speeding vehicles came upon it and opened fire.

CLEARWATER — Chris Neidrich was scheduled to fly home after six months in Iraq but volunteered to stay behind to help train some civilian security replacements. The decision cost him his life.

Neidrich, 31, a Clearwater resident who worked for the large private security contractor Blackwater USA, was killed Saturday with three other Blackwater employees after their two-vehicle convoy was attacked on the road to the Baghdad airport.

Neidrich worked for Critical Intervention Services of Clearwater, which provides security services. Neidrich was on loan to Blackwater, said K.C. Poulin, president of CIS. Neidrich is believed to be the first combat fatality among private security contractors from the Tampa Bay area, Poulin said.

Neidrich was planning to marry when he returned to Pinellas, Poulin said. He is survived by a 3-year-old son. Obituary published by William R. Levesque (St. Petersburg Times) on June 8, 2004.

Memorials: The family insists that, in lieu of flowers, memorials be made to Lifegate Ministries, for the homeless of Fort Worth, Box 2075, Fort Worth, Texas 76113, or a charity of choice.

Jarrod was born Feb. 6, 1979, in Fort Worth. He graduated from Paschal High School in 1996. He was a member of JROTC and the rodeo team where he participated in bull riding, and played volleyball. He enjoyed playing ping pong and pool, target shooting, rock climbing and rappelling. Everyone he met seemed to love him. Jarrod never met a stranger. Jarrod touched lives and will be missed by all who knew and loved him. Obituary published by Fort Worth Star-Telegram (TX) on June 30, 2004

Krzysztof Tadeusz Kaskos and Artur Sebastian Zukowski were ex-pats and previously part of Poland’s premier counter terrorism unit, the GROM. Since the terrorist attacks of September 11, 2001 the GROM have been deployed alongside US Special Operations Forces in Iraq, Afghanistan and elsewhere. During this time, the GROM developed a close working relationship with the US Navy SEALs, and have a well-earned reputation of being one of the fiercest and most competent Special Operations units on the planet.

Read more about the GROM

Excerpt from Civilian Warriors: The Inside Story of Blackwater and the Unsung Heroes of the War on Terror  by Erik Prince

“On June 2, 2004, Richard “Kato” Bruce, a forty-nine-year-old former SEAL and father of one from Menifee, North Carolina, became the fifth Blackwater casualty, and our first under the WPPS. He was killed when his speeding motorcade vehicle slammed into a ditch and flipped. Three days later, three more Blackwater men were killed during an ambush along Route Irish, the military name for the Highway of Death connecting Baghdad International Airport to the Green Zone, when insurgents roared up behind their convoy and sprayed the SUVs with small-arms fire and RPGs. Three of our wounded contractors in the motorcade’s heavily armored Suburban fought off the assailants and scrambled back to the Green Zone. But the four men in the ‘soft skin.’ or unarmored, SUV perished.” ~ Erik Prince 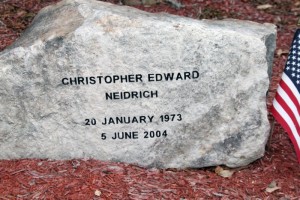 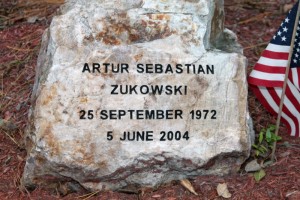