I felt God with me that day

HomeNewsI felt God with me that day

I felt God with me that day 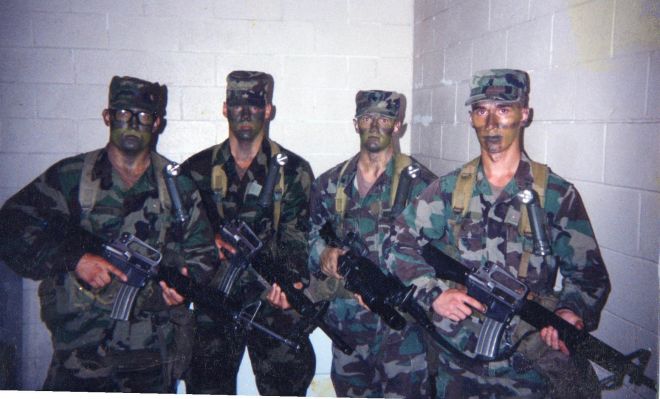 Benghazi survivor and hero Kris Paronto: ‘I felt God with me that day’

An article by Elizabeth Llorente at  http://latino.foxnews.com/latino/news/2016/01/06/former-army-ranger-relives-benghazi-attack-through-13-hours-and-it-isnt-all-bad/ 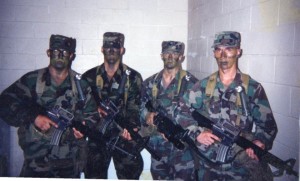 Former Army Ranger Kris ‘Tanto’ Paronto was one of six contract security employees who had been assigned to the high-security and dangerous job of keeping Americans in Benghazi safe.

After Kris Paronto finished watching a screening of “13 Hours: The Inside Account of What Really Happened in Benghazi,” he rushed out of the theater and into the bathroom to wipe away tears.

For Paronto, the film, based on the 2012 assault on the U.S. consulate compound in Benghazi, Libya, that killed the U.S. ambassador as well as three other Americans, the story was one he had lived through.

Paronto was one of six contract security employees with backgrounds as Army Rangers, Marines and Navy Seals who had been assigned to the high-security and dangerous job of keeping Americans in Benghazi safe.

They were in an annex building about a mile from the consulate when heavily armed militants attacked the U.S. mission, firing at it and setting it ablaze.

The Colorado native, a former Army Ranger who grew up watching his Mexican grandfather do migrant work on a farm in the Centennial State, was one of several security personnel – along with John Tiegen and Mark Geist – who ignored their orders to remain at the annex and went to the consulate to try to rescue the Americans trapped there.

“13 Hours” is based on a book that Paronto co-authored with Tiegen and Geist, and watching it brought back that night in ways that he both had expected and never imagined.

“When I was watching the movie, I was back in Benghazi,” Paronto said in an interview with Fox News Latino. “But I also realized that I was missing that part of my life. I wanted to go back to work. It was bittersweet, realizing that I had to leave the work I loved in order to tell the truth about that night.”

The truth, Paronto said, was that the U.S. State Department woefully failed the Americans stationed in Benghazi, particularly the ambassador – the first since 1979 to die in the line of duty – and others at the consulate who begged for help as they came under attack.

The top CIA official at the annex told Paronto, Tiegen and Geist to stay put, according to the men’s account.

“We got in five fire fights, we were losing our buddies,” he said. “But alive or dead, we were going to get through this together.”

What disturbed Paronto and the others is that the CIA and the State Department later denied having told the men to “stand down.”

“No one knew the truth, that’s why we wrote the book,” Paronto said. “We were being called liars. We wanted to make sure the guys who died got honored properly.”

Paronto, the father of three children, stumbled into combat and special operations work.

In 1996, fate put him in the path of an Army recruiter at Mesa State College, where Paronto got his bachelor’s degree, and, after watching a video about the Rangers, Paronto found himself enthralled.

It was the start of path that led him to deployments in the Middle East, North Africa and South and Central America.

That was quite a detour from his youth. Paronto grew up around farms and farm work, thanks to his maternal grandfather, Joaquin Garcia, a migrant worker who came to Colorado from Puebla, Mexico.

His father’s family is from Spain, but it was his mother’s Mexican heritage that had the greatest cultural influence on him, Paronto said.

Paronto’s Spanish used to be fluent – it was the language he spoke at home growing up – but it got rusty while he was stationed in the Middle East, where he picked up some Arabic and Farsi.

“I’ve been asked if I’m doing it for money or because of Hillary Clinton” running for president, he said with a grimace.

“We did this because we wanted to get the truth out,” he said. “It was becoming too political, and what happened there was lost” in all the political fighting.

Paronto said he lost faith in his country because of the way the State Department responded to the Benghazi attack. But all the Americans who have expressed support for him and his co-authors and gratitude for their sacrifice on that fateful night have restored that faith, he said.

There also have been surprising responses.

“People have said they’ve decided to do things they were afraid of, or that they feel determined, after listening to us talk,” he said. “They decided to have faith.”

Elizabeth Llorente can be reached at elizabeth.llorente@foxnewslatino.com. Follow her onhttps://twitter.com/Liz_Llorente